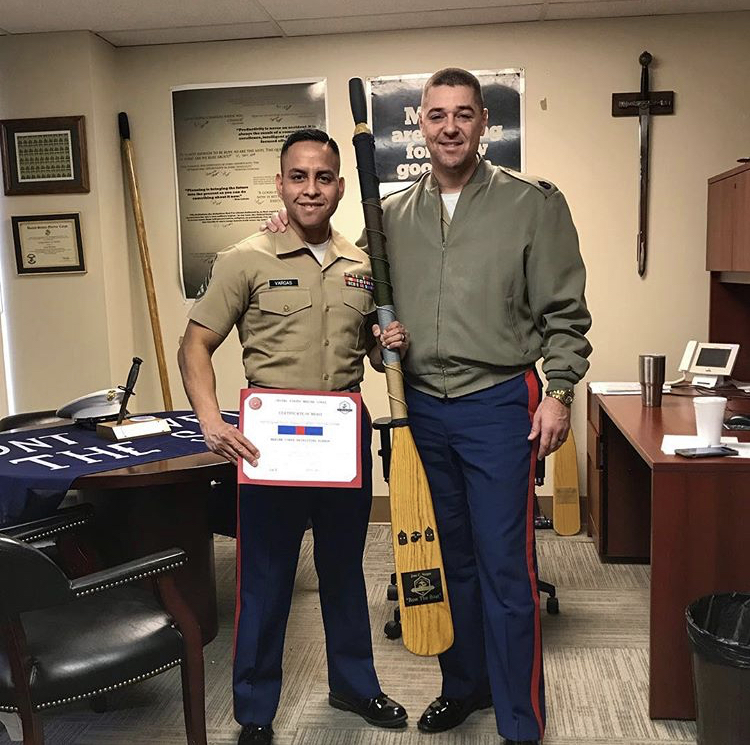 “We all play a role in either our success or failure…You will row!” If you’ve spent any amount of time on the water, you’ve heard this before. On a guide boat heading towards a big hole in the river, or the hallowed words of Hunter & Garcia, “Seems a common way to go, get out and row..” Last week, a social media post from Master Gunnery Sargeant Jeff Shaffer thanking Sawyer for creating a unique service award caught our attention, and it seemed there was more to the story to share.

“The prizes of life are at the end of each journey, not near the beginning; and it is not given to me to know how many steps are necessary in order to reach my goal. Failure I may still encounter at the thousandth step, yet success hides bending the next bend in the road. Never will I know how close it lies unless I turn the corner.” ~ The Scroll Marked III, OG Mandino, The Greatest Salesman In The World 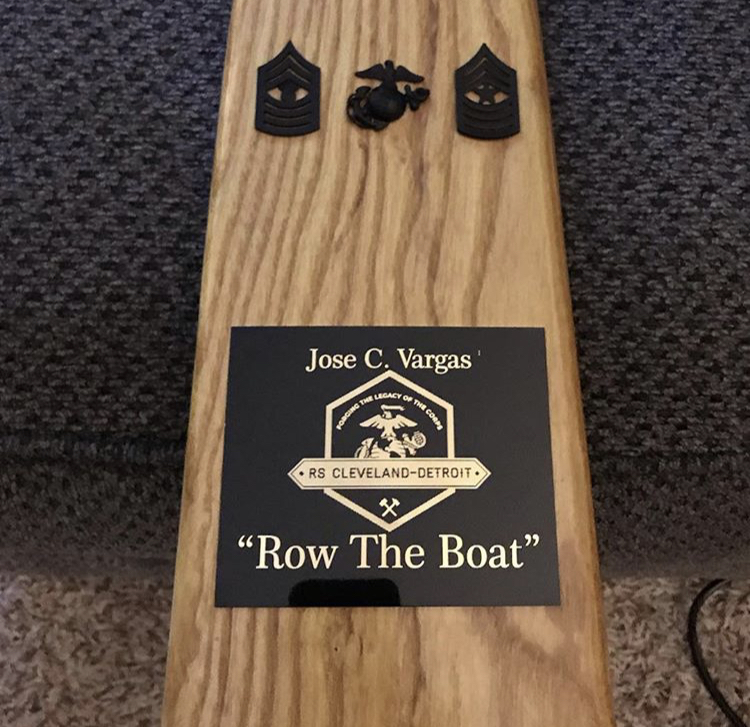 Jeff, thank you for creating this unique recognition award and including Sawyer in the process. How did this idea come about?

“I am responsible for the training and development of Marines attached to Marine Corps Recruiting Station Cleveland, Ohio, which covers northern Ohio and southeast Michigan. Prior to being assigned to this unit in July of 2017, I started thinking of something which could bring these Marines together, and help them understand their individual importance. I wish I could say the idea behind the oars was something I could fully take credit for, but that’s not the case. It was actually based on what P.J. Fleck, now head football coach of the University of Minnesota started with his first football team in 2012. When I saw how he used the oar as a symbol to bring his team and community together, it just made sense.”

Rivers are known to forge nature, and the humans that live and play in their deep canyons, broad plains, and treacherous waves. The power of water, the forces that bend and shape us; what connection do you personally feel to the water, and what does the oar symbolize to you and to the Marines?

I have always been an outdoorsman, gaining a love for nature very early in life. For me, water, especially that of our rivers, lakes and seas, represents life, and is something to respect and appreciate. I unveiled this idea in 2017 at an annual planning conference I put together in West Virginia. Mid-week, I took them on a rafting trip down the New River. We discussed afterwards the journey we had taken, and then I tied in my “Row the Boat” vision. This must have resonated well, because they all wanted to get back on the water as soon as possible. We just so happened to be right in the middle of the Fall Gauley Season, so we rafted the Upper Gauley, which was just tremendous! This was repeated again this past year, and will likely occur again this year.

When rowing a boat, everyone faces the aft of the vessel. The oars are being pulled through the water while traveling to the destination, with those who are rowing only focused on keeping their oars in the water. Everyone in our unit “Rows the Boat”, and so, everyone has an oar. The oar represents the individual. It is the tool necessary to move the vessel towards our goals. The “vessels” are the small units which make up the organization. Certain people/organizations in our community also have oars, something we are continually building upon. There is a compass as well, which is embedded in the blade of the oar of those in supervisory positions. They are responsible for keeping the boat on course, and providing those with the oars in the water directions to ensure the vessel is heading towards the destination.

Every oar has a plaque affixed to it, which has the Marine’s name, the unit logo, and the phrase, “Row The Boat.” Based on each Marines’ performance, there are different items which can be attached to their oars, as well as Para-cord wrappings. At the end of their tour, they take their oar with them as a symbol of their importance to the unit.

The Sawyer “Smoker” Oar became our official oar after I had ordered a few other examples from other companies, and was less than impressed in their quality. When I called to find out about the oars, I had a conversation with Aaron Stone (Account Territory Manager based in Colorado) and explained to him who I was and what I wanted the oars for, and he was more than happy to assist me with my vision. It turns out, he is a Marine (Once a Marine, Always a Marine), which made this whole idea that much more perfect.

The oar is a specially-made SMOKER Utility, a quality solid ash oar for small water craft, fishing pontoon boats, dories and drift boats. Built with the same profile as our Sawyer Utility Oar, but with the added strength of solid ash, making this the toughest commercial grade wood oar made. They truly are the best oar for commiting situations where strength and long term durability is essential. Good match, I’d say.

Next up, wise words from the Bighorn River, MT. Until next time, Eddy Out.